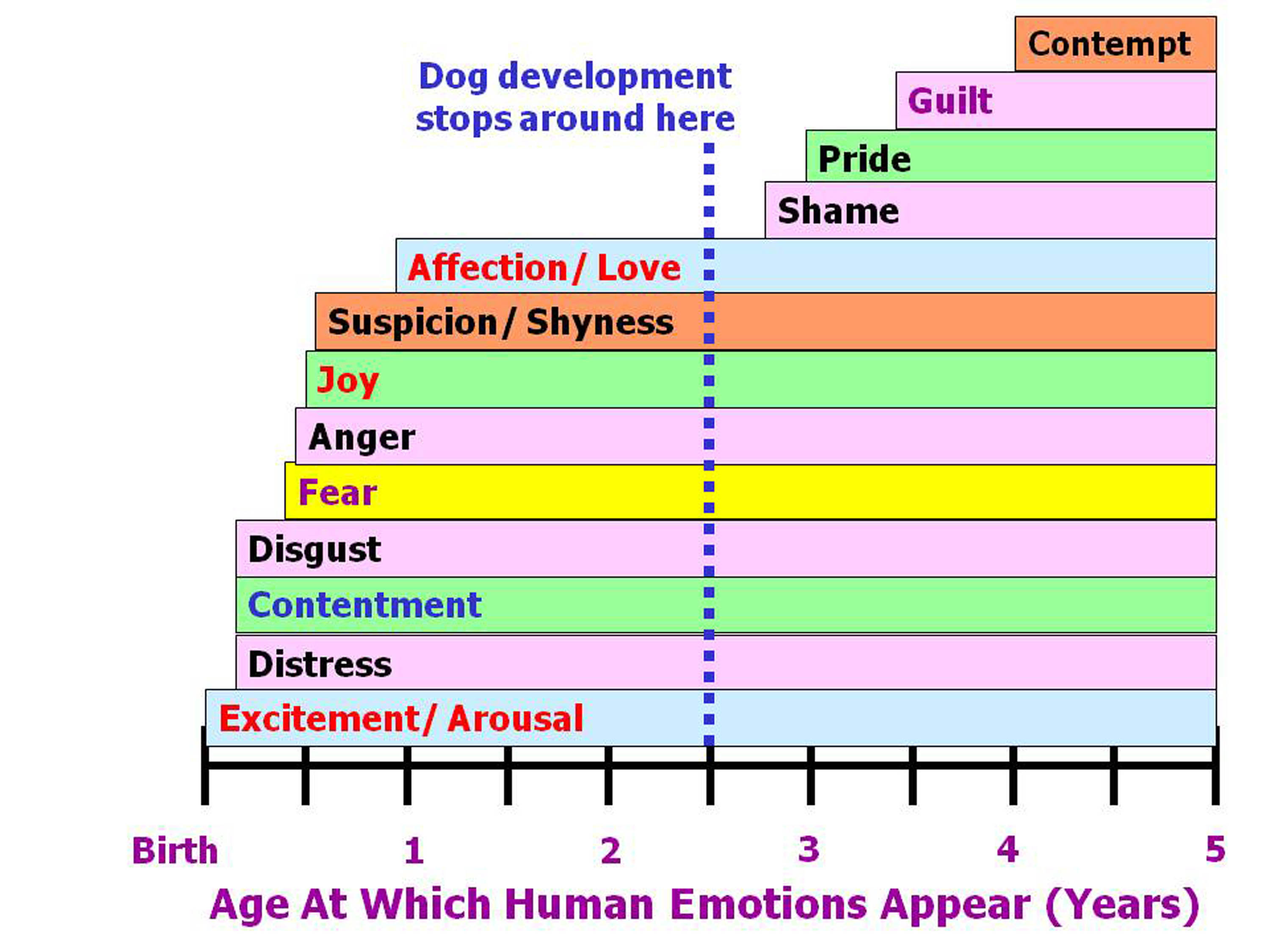 Debate continues within the scientific community and pet parents over how 'human' their pets really are. Ask nearly any dog or cat owner if their pet can sense emotions and they will tell you a story of how their furry friend 'knew' when they were sad or happy and reacted in a way that convinced them the animals were emoting too.

Even bigger animals like gorillas and lions have been known to bond to their human protectors and remember them even after being released into the wild, making for emotional reunions.

Researchers like Marc Bekoff say animals absolutely have passions, emotions and cognitive behavior like jealousy and anger. His retort to skeptics who want to know "how" he "knows" what animals are feeling is that researchers should "err on the side of the animals" because "what we believe about how the animals feel (effects) how we treat them".

University of Florida professor Clive Wynne disagrees. He says while many animals may appear to be reading situations and reacting, it's all an act. "You are your dog's project," Wynne says. "He really has nothing to do all day but watch your every move and try to detect even the smallest difference in your activities that could predict that something is about to happen to his benefit."

But Wynne says this shouldn't crush the dreams and hopes of some pet owners who insist their favorite animal is just as "human" as any child. Wynne looks at a concept called "dogness" in his book. Wynne says dogs may be reacting to patterns in their pet parent's behavior in order to curry favor with them as a survival instinct. However, he says that doesn't make them any less deserving of our respect and loving care. Dogs have their own special abilities and should be praised for being dogs, not humans.